KENSTEI and the Valley of the Peoples - Tin Hat Games 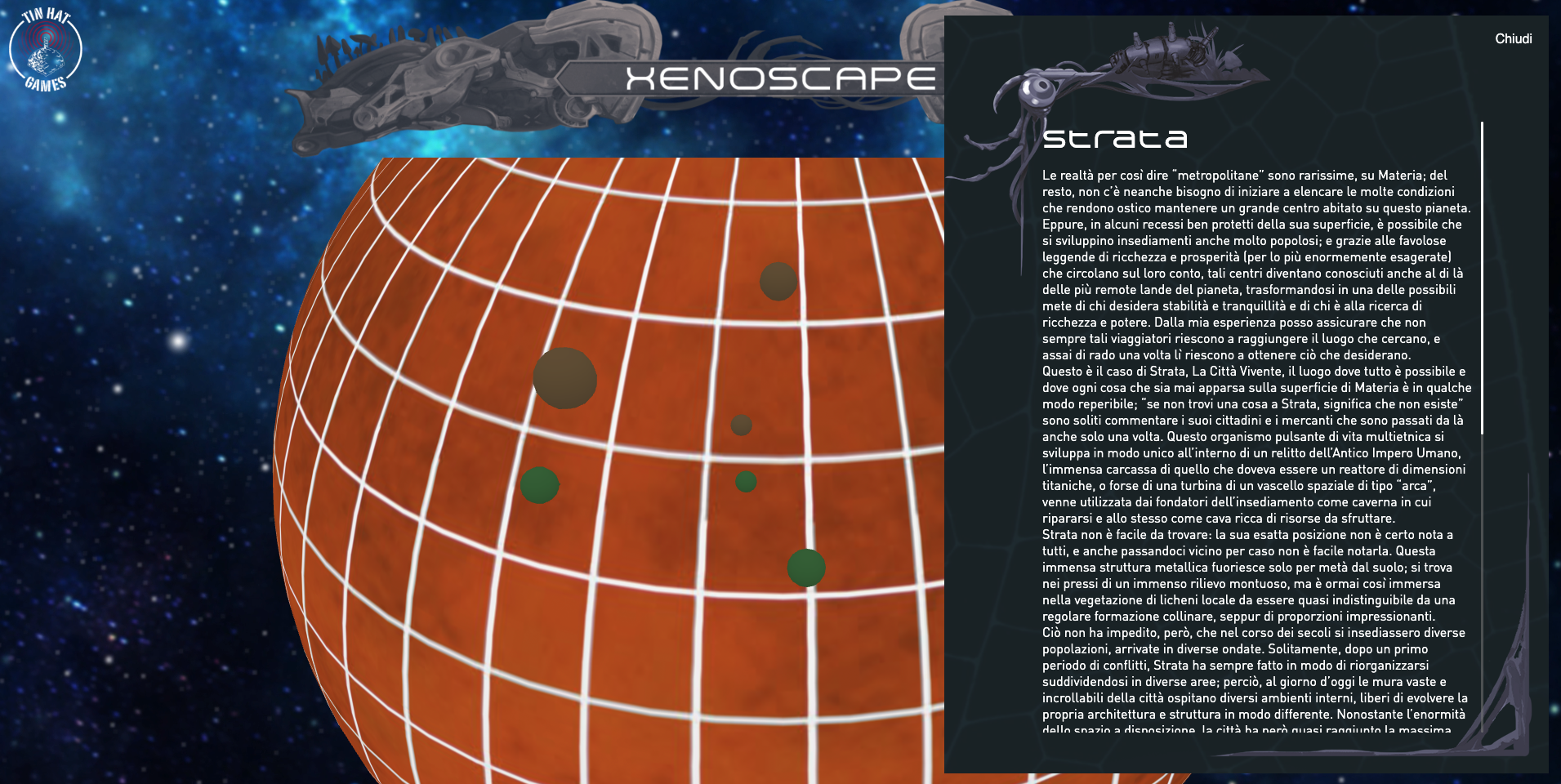 Here are the campaign rules:

Materia is a thriving, living and deadly planet.

The PCs, the sentient beings who will have to fight to see the dawn of a new day, will have to team up, do their best to find and conserve fundamental resources and defeat their enemies but not only: they will be able to explore a new environment, never seen before, and share their findings with others.

Thanks to the 3D map of Materia, players will be able not only to know the places in the setting but to report new ones, tracing the main characteristics of the terrain, the societies that inhabit it, the predators that infest it and other useful information.

As we have already done with #UrbanHeroes and the HEROESbook project we want to create an open source and sandbox game environment, in which the players are not only spectators but an active part in building the game world, sharing theirs with us and the rest of the community. ideas and proposals to expand the game world.

XENOSCAPE is still available in Late Pledge at a discounted price, at the end of May we will close it and the game will be available only on our shop.

You can download for free the XENOSCAPE Quickstart and the character sheets at the Free Download section on our shop.