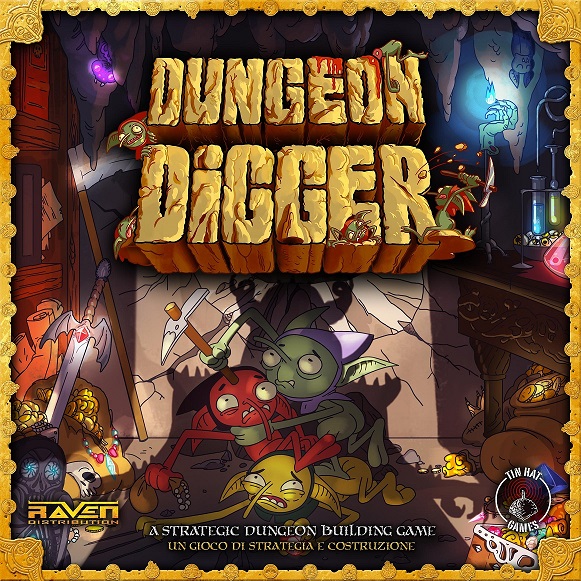 Dungeon Digger is a dungeon building game where players take on the role of horrible Dungeon Lords ready to sacrifice their servants, the Stooges, to dig the most intricate underground dungeon and annihilate their opponents.

My Lord, welcome to Dungeon Digger!

You’ve been turned and hunted for years, they stole thy precious treasures, destroyed thy dens, but now the time has come to say “no more!” You finally came to the very heart of the Underdarker’s last unexplored part, Mount Peril, to set the foundations of thy dominion of true terror and cruelty, but… the only workers you can rely on are a bunch of useless, clumsy, exploitable, stupid and expendables Stooges! Will you be able to lead an army of incompetent servants and to exploi… ehm to push them enough to build the best dungeon of all and become the Lord of the Lords of the Dungeon?

The strengths of this game reside in: 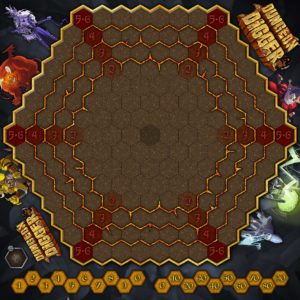 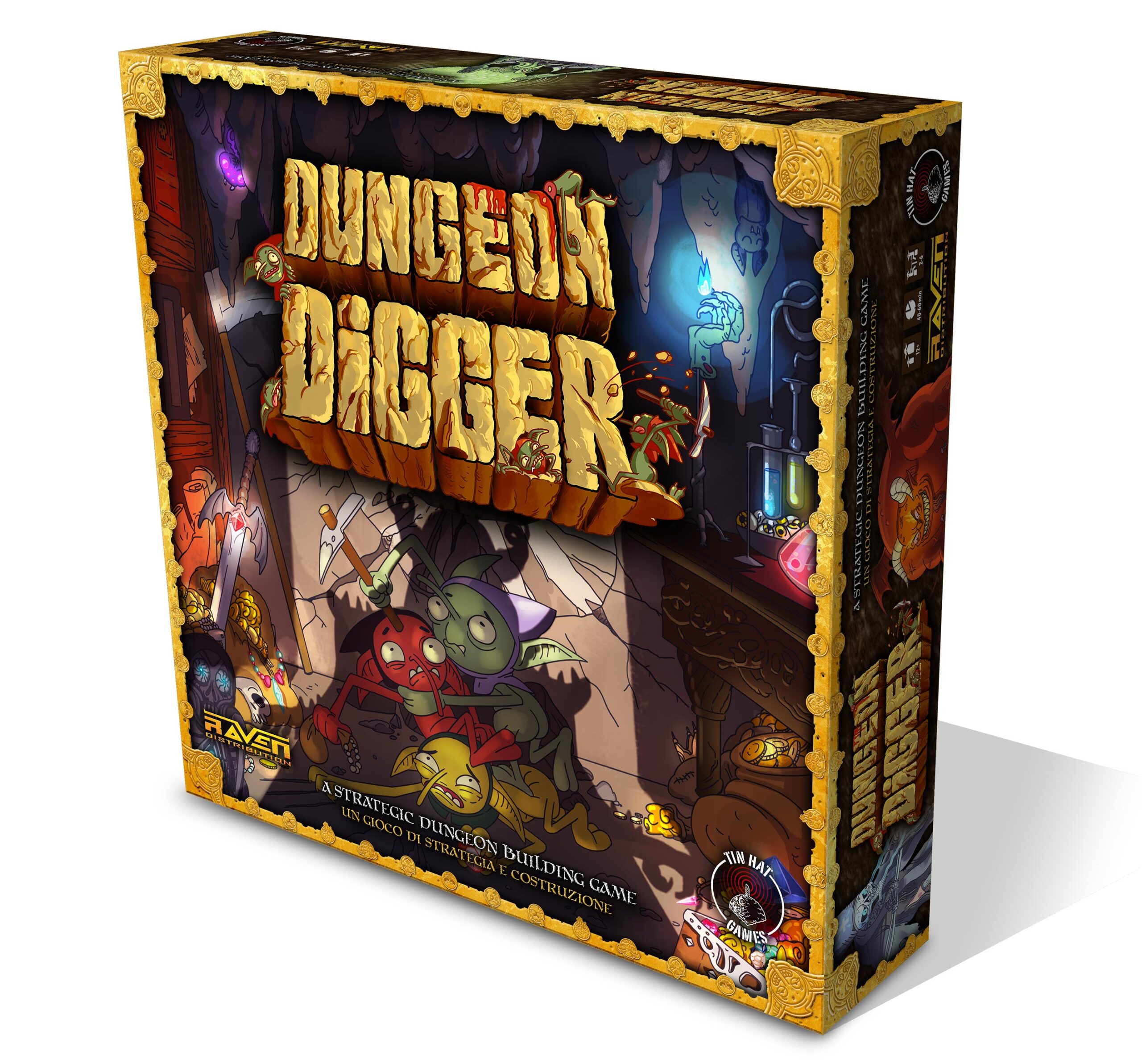 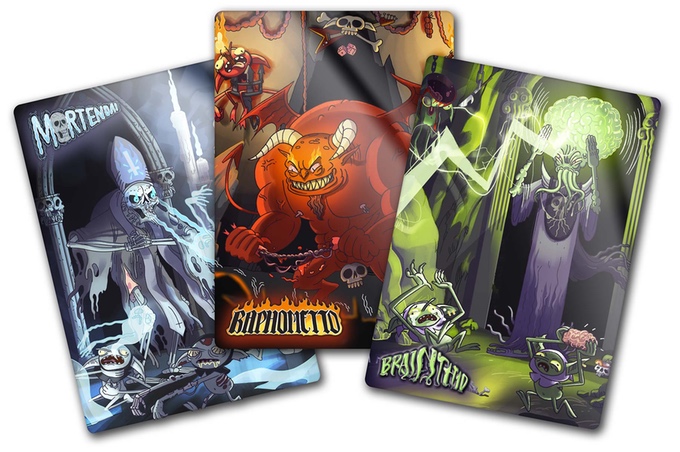 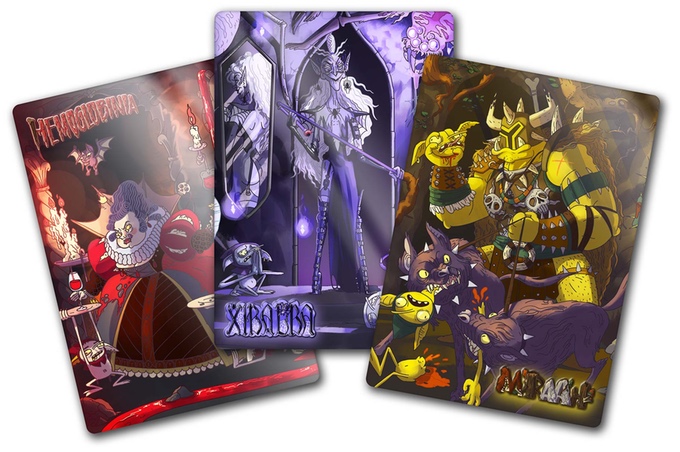 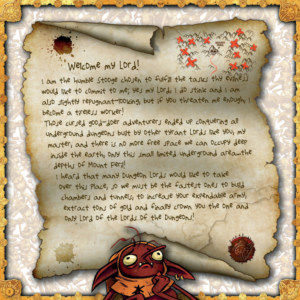 Just a preview of the rulebook, discover more HERE.

Inside Dungeon Digger‘s box you will find:

Buy your copy on our Shop: HERE

A game isn’t enough for you? Here’s everything you’ll need to become a real Stooge!

Ordering a large quantity of products may result in more than one shipping cost/box/whatever. 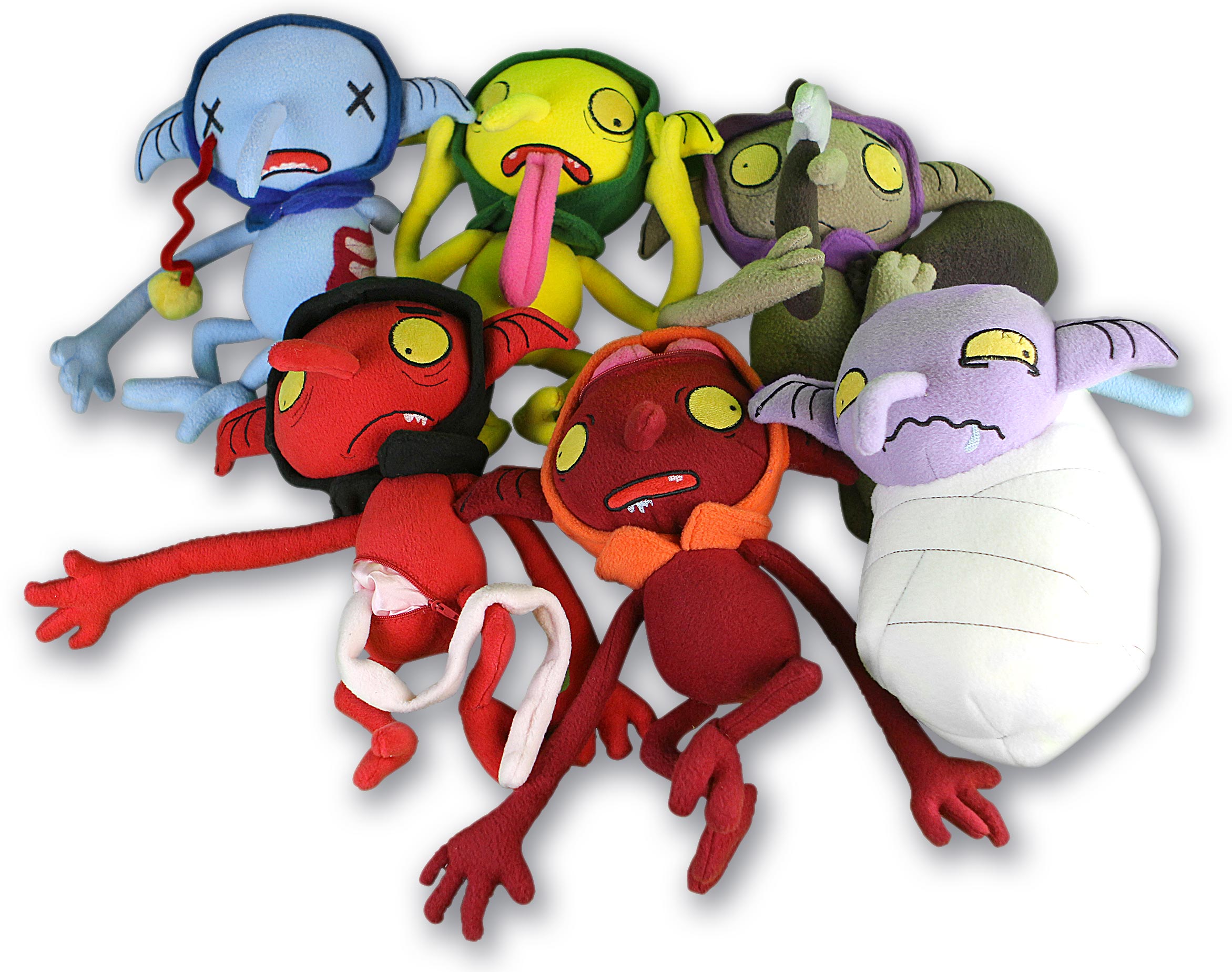 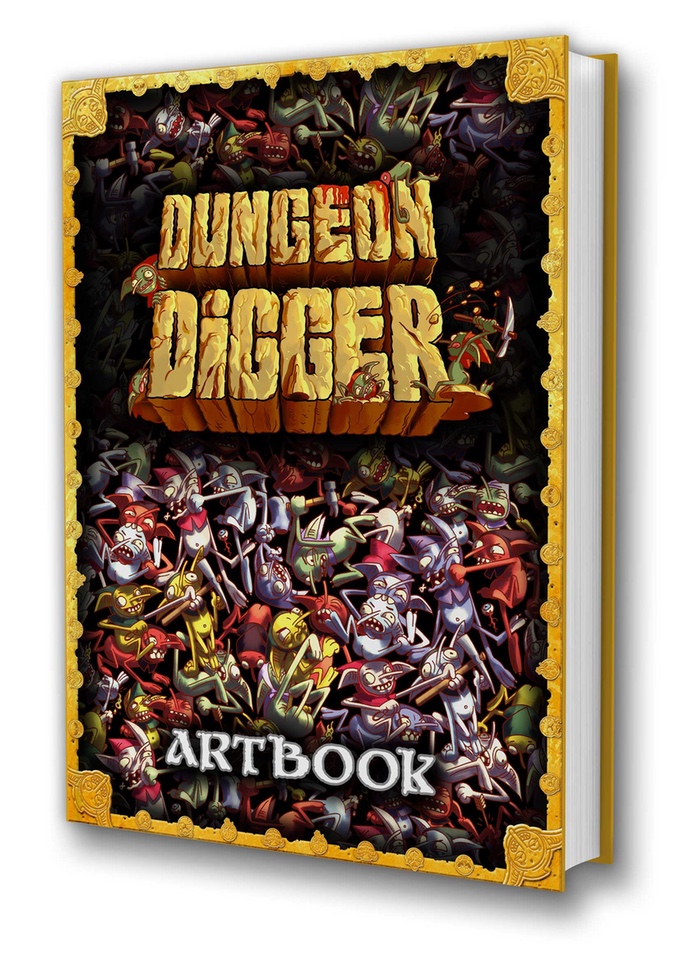 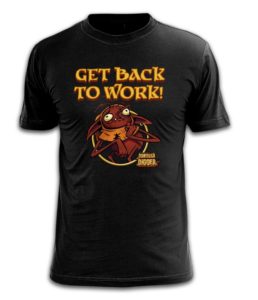 Click on the images get to our shop: HERE

ALL GAME PARTS YOU SEE HERE ARE WORK IN PROGRESS.

For the final version of Dungeon Digger the tokens, construction tiles, logos and even the board will be redesigned to improve the gaming experience of every Dungeon Lord.

Choose a color and place 1 Stooge of the same color on your Portal tile and 2 more on the Scorekeeping area on the board.

During each of your turns, you will have 2 Tyranny Points with which you will be able to force your Stooges to build Rooms and/or Corridors.

Attention! You can only build upon an empty area and only if one of your Stooges is on a tile directly connected to it.

In the example, the player builds a Corridor using the Work! Order (1 Tyranny Point) and he/she subsequently displace his/her Stooge on the newly built tile by using another Tyranny Point to perform the Move! Order.

The same goes for Room building:

Remember it is only possible to build Rooms and Corridors in legal positions:

In Dungeon Digger Stooges can be moved from one tile to another connected one which contains a door using one shift.

Building connected Rooms could result in a winning strategy but your Stooges will only move 1 tile per shift when moving across such tiles (opening the doors on the Rooms borders slows them down!)

Stooges move faster when they use Corridors to do it and every shift they can move from one tile to another one containing a door (“jumping” over Corridor tiles which are not interrupted by doors).

It does not matter how long the Corridor is, it will always require only one shift to cross it if no door interrupts it.

We know what you are thinking right now: how can I ruin my opponents’ game?

Easy! You can always use 1 Tyranny Point and sacrifice one of your Stooges to perform a Sabotage! Order to place a Collapse tile on the board. Players may then make 1 of their Stooges who is next to that tile perform a Demolish! Order by using 2 Tyranny in order to remove it from the board permanently.

Stooges owned by the same Dungeon Lord can team up forming a larger group by moving on the same tile.

A Party of Stooges is able to defeat opponents’ Stooges only if its unit number is superior to the opponents’.

If they move onto a tile occupied by an inferior number of opponents’ Stooges, the latter will be defeated and removed from the board.

If the unit number of Stooges on both sides is the same, both groups will not be able to pass and there will not be any dead Stooge (unfortunately).

Stooges aren’t the smartest creatures around but they can do one thing for sure: give up their life for their Lord! This is why, when it comes to fulfill the Conquer! Order you will have to flip a Stooge token standing on an opponent’s Room upside down to mark the territory with its body.

Remember that when moving through opponents’ dungeons you will be able to move your Stooges only by one tile per shift. Every Trap they will cross will make the Stooges number lessen by one unit.

Moreover the number of Conquest tokens will give you extra points when deterimining the winner, so what you are waiting for? Send those Stooges to massacre!

In the depth of Mount Peril you will be able to find many both friendly and unwelcome dwellers, so beware your steps down there!

If you want to contact us for an interview, a Q&A a preview write us at info@tinhatgames.it