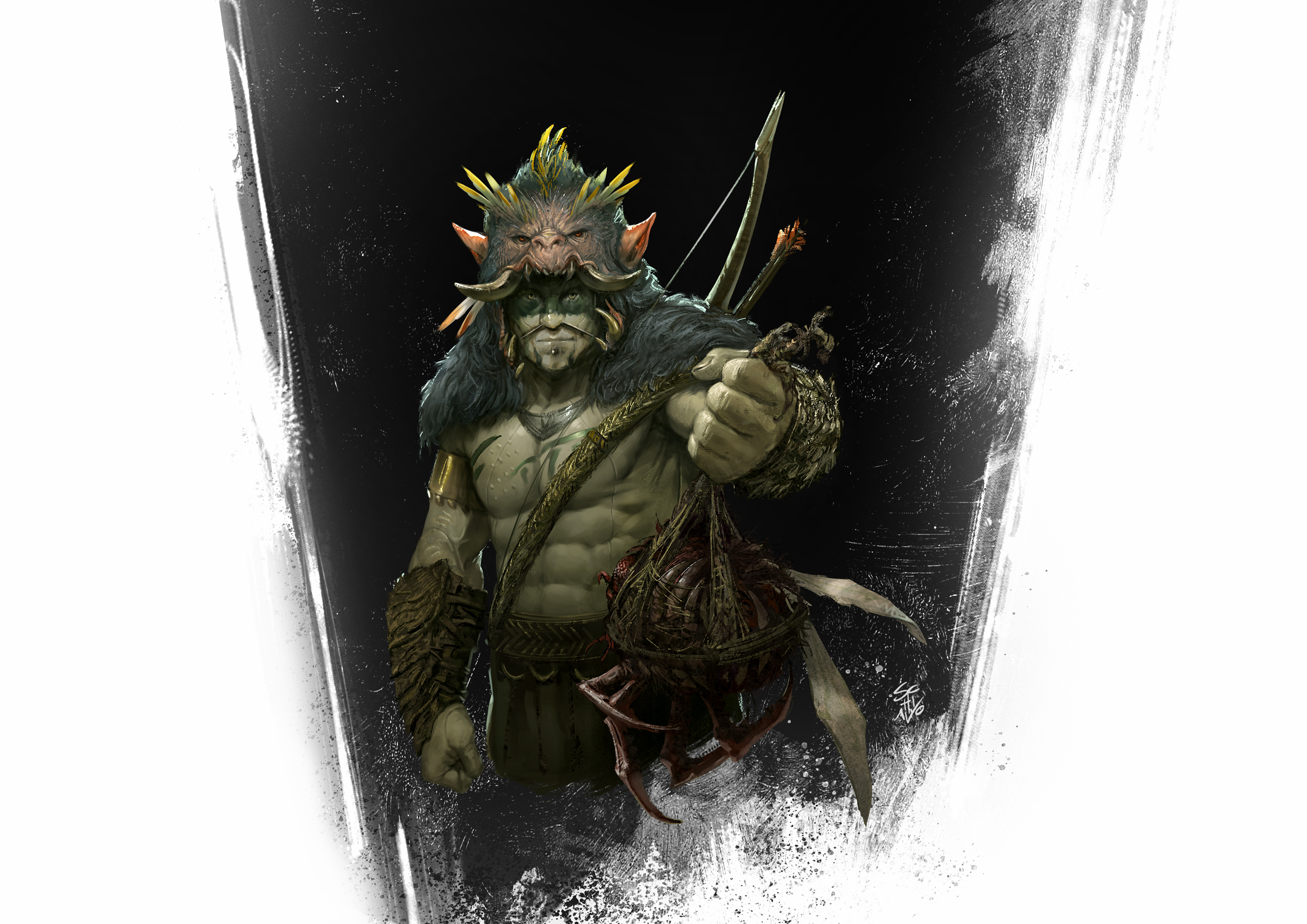 as you well know your XENOSCAPE character will undergo an evolution on two parallel tracks, today we focus on the Paths, or rather on who your Character is, for the posthuman society of Materia.

What are her abilities? What can she do for the group? Let’s find out together! 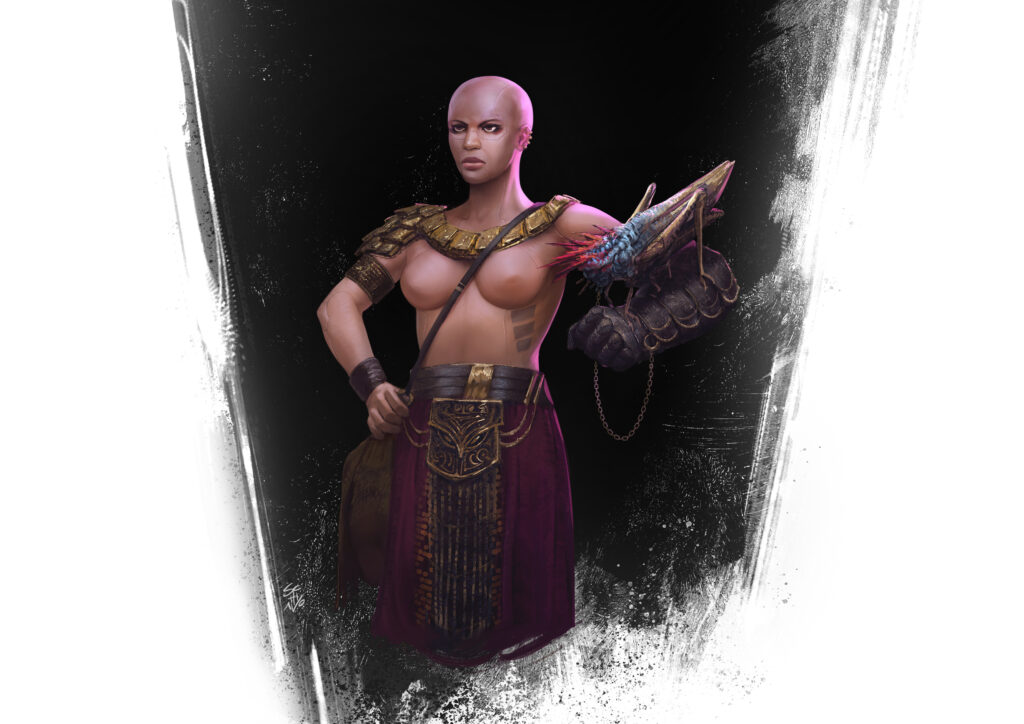 Trainers learned to interact with the most diverse species of Materia, spending their lives breeding the most docile animals.

This means understanding their life cycle, their behaviors, their way of communicating, and finally training them to be an aid in daily tasks. Whether they raise animals for hunting, protection, battling, show, or for food production, Trainers are individuals brought to coexistence, so they start the game with a Faithful Companion, a perfectly trained creature who will carry out their commands. 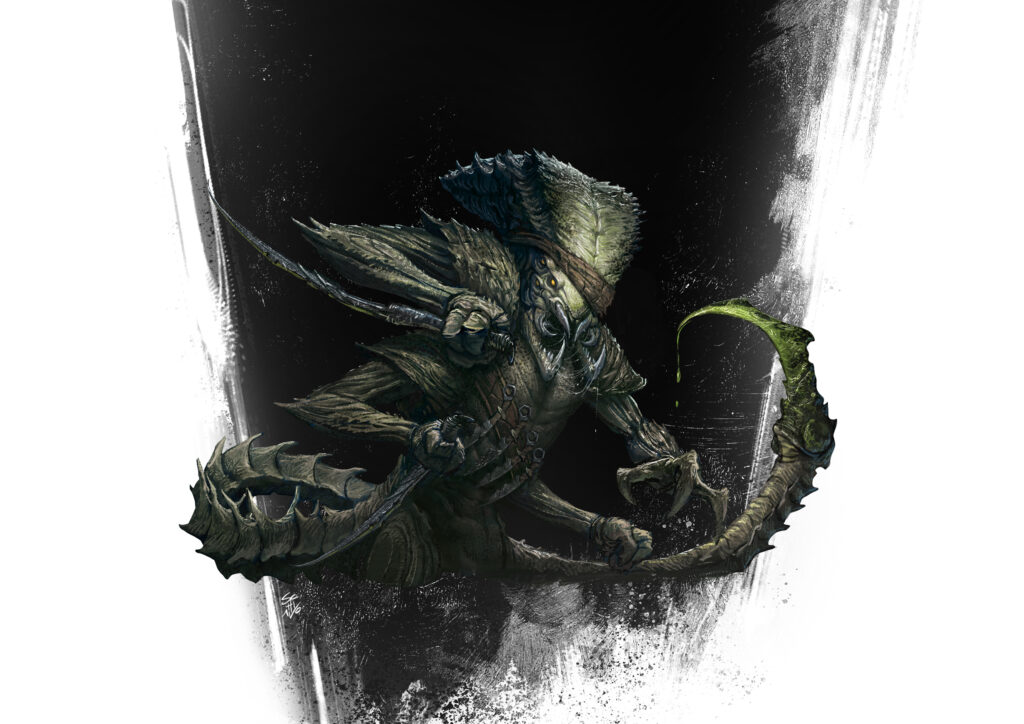 The Assassins are merciless killers, highly trained in taking the lives of their victims leaving no trace.

These sentient beings are guided by scrupulous effectiveness and a kind of compassion towards the victims, it is in fact their concern to make sure that the target suffers as little as possible, killing it with a single devastating mortal blow. Many take on this path driven by revenge or by the search for resources and protection, then over time developing a kind of rigorous moral code.

Their Special Ability is Deadly Attack: when an Assassin hits a vital Location (Bust or Head) they get a Strength bonus equal to their Path Level, in a nutshell: everything it takes to kill their prey in a single graceful hit. 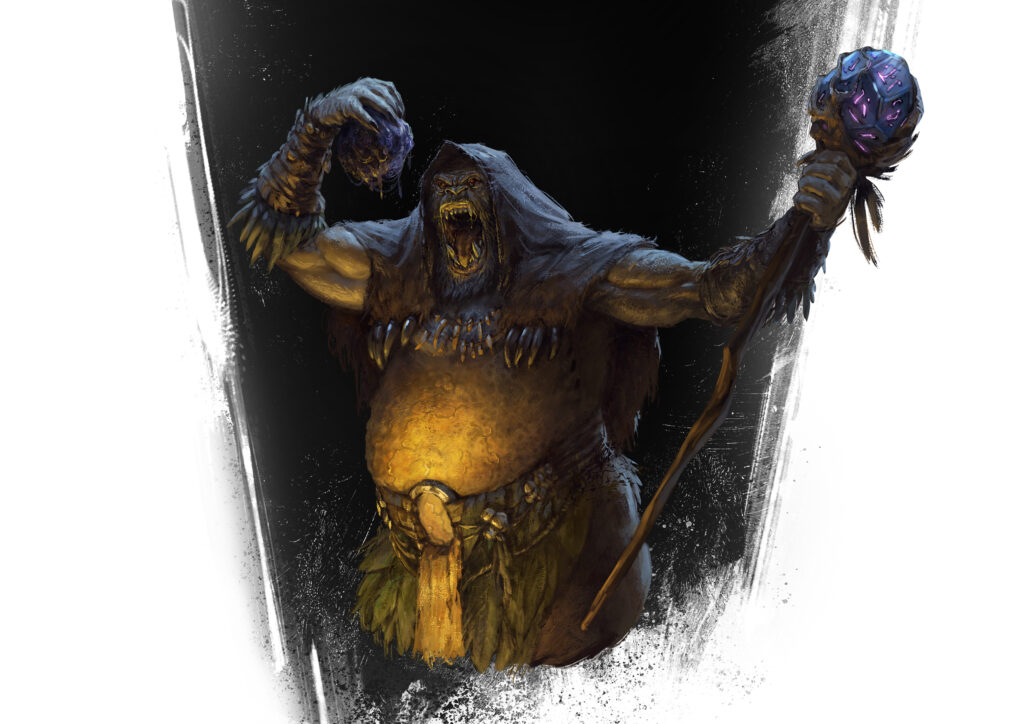 Bioshamans show a very pragmatic approach to what happens around them, they are convinced that the spirits that rule the world can only be known through their own experience.

They live their life assuming every type of substance, organic or not, constantly looking for the one that can better stimulate their senses and can finally lead them to spiritual communion with the afterlife. Their Special Ability, Food Mysticism, allows you to obtain information about an object by ingesting it or feeding on it, moreover, the Bioshaman obtains a natural resistance to any substance harmful that can harm her. 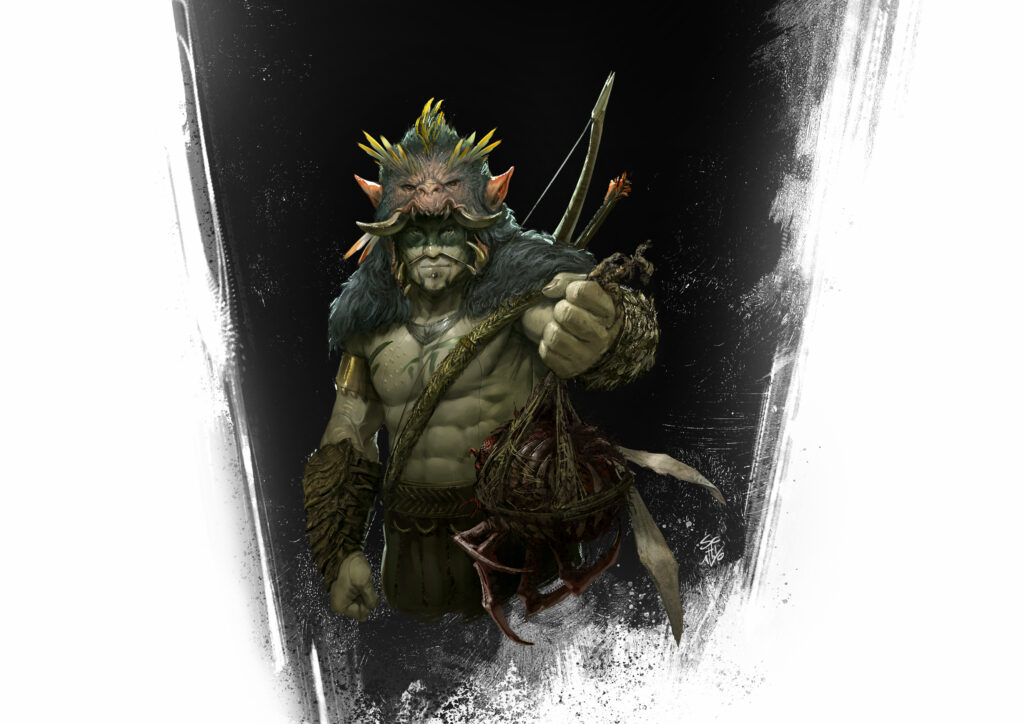 Hunters are experts in the art of finding food: whether it is finding the lair of a small vertebrate, taking a large pachyderm by surprise, or setting traps, a Hunter will be able to move safely even in the most hostile environment to return with prey to display to her tribe.

Their special ability, Hunting Pack, gives Hunters an Initiative and Perception checks bonus; this last bonus increases as the number of allies in the same group increases, on Materia it is essential to work together to survive! 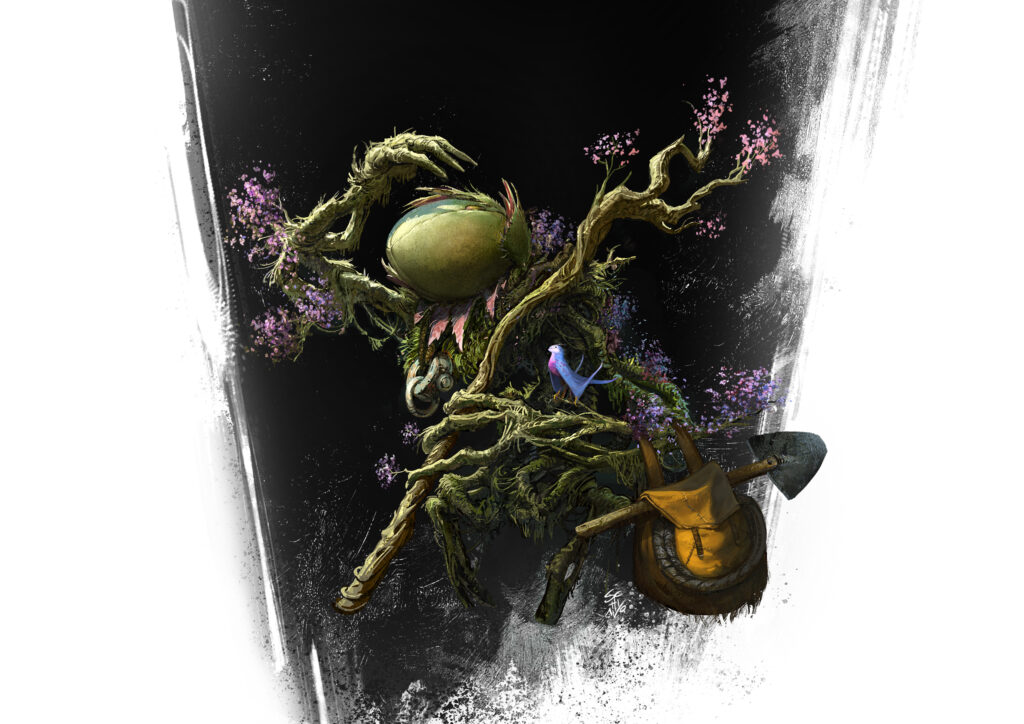 The Explorers are animated by an incessant desire to travel, to visit new and unexplored places at the risk of their own life; after all, they can’t do anything about it, the love of discovery always overcomes fear.

Materia is a huge path to walk, dangerous, sure, but incredible.

Their Special Ability, Traveler, gives them the ability to move faster than other sentient beings and to carry a heavier weight, qualities that might seem useless to the unprepared but that make the difference between living and dying to a veteran traveler. 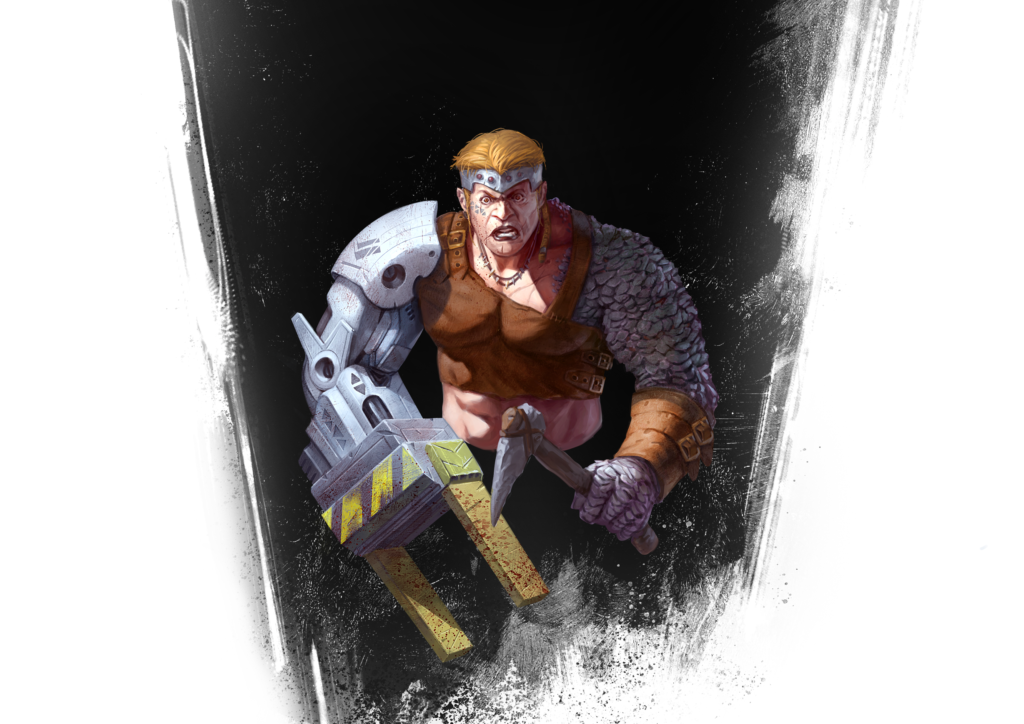 Fanatics are sentient beings with an ideal: sometimes these individuals become so obsessed with certain concepts, things, people or ideas that they dedicate their whole life to chasing them.

In a terrible world like Materia, hinging one’s existence on something as immutable as a religious belief may appear insane, yet the Fanatics are firmly convinced of what they believe in and would give their lives to defend their belief. Not all Fanatics are dangerous beings but it is always better to remember not to question their beliefs in order not to lose their trust (at best).

Their Special Ability, Fixation, grants bonuses depending on their Madness level, the more they satisfy their obsession the more deadly they become!