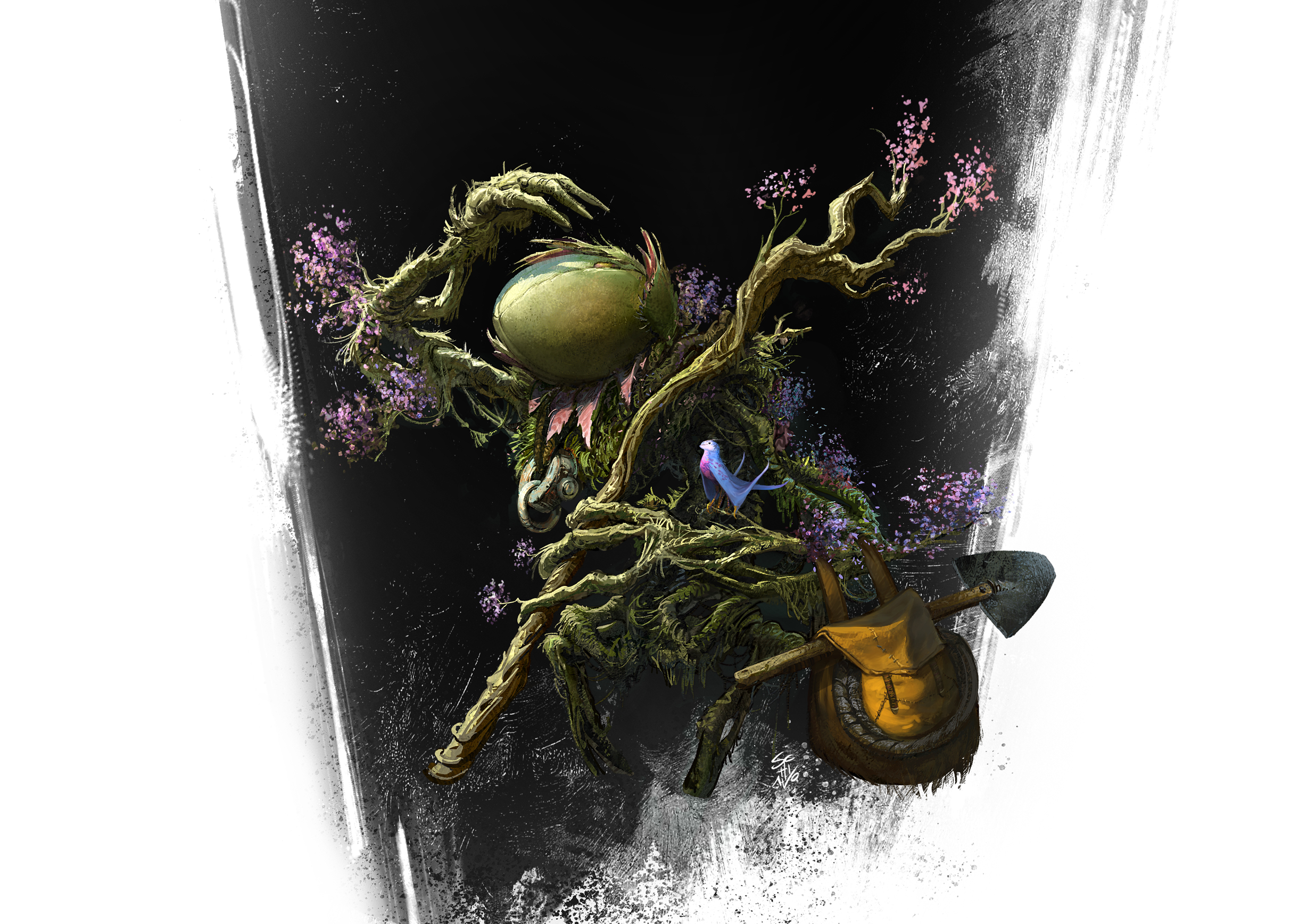 Hello, it’s time for another update!

After the focus on the Paths it’s time to take a closer look at the different playable Sentient Beings, let’s start with the Shrubs!

There are plants on Materia that absorbed substances originated from genetic engineering experiments which ended up in the ground and that began to develop animal pseudo-organs, to the point of detaching themselves from the soil and becoming conscious.

Given their vegetal nature and unconventional vital needs, Shrubs are simple and not very empathic beings. Only a few behaviors are derived from psychological aspects that could resemble human ones. Their magnificent bodies end with a huge bud whose flowering is one of the most heartfelt traditions during their vital hemicycle.

Shrubs identify with both the female and male gender at the same time.

*This is just a glimpse of the Shrubs’ chapter